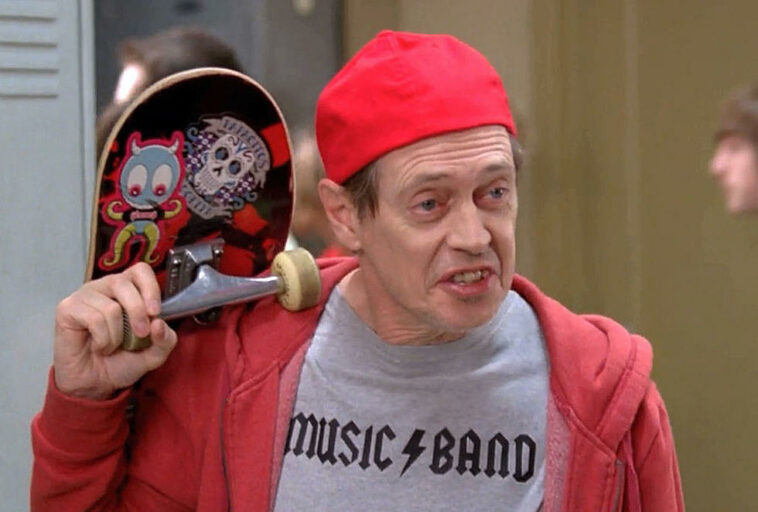 It’s official, this year’s best and most hilariously self-aware celebrity costume goes to Steve Buscemi, who expertly recreated his “How do you do fellow kids?” meme while handing out candy at his home in Park Slope, Brooklyn.

The “How Do You Do Fellow Kids?” Meme, which had its origins in an episode of 30 Rock:

The meme, which has since become synonymous with older people trying desperately to seem cool to younger people, originated in the 2012 episode of 30 Rock “The Tuxedo Begins,” in which Buscemi plays Lenny Wosniak, a private detective Jack hires to help bust up a strike.

Examples of the “How Do You Do Fellow Kids” meme:

In the scene from which we get the now-famous meme image, Lenny describes a previous investigation where he “successfully” went undercover as a high school student — a light jab at 21 Jump Street, which itself is widely mocked for featuring 30-year-old actors posing as teenagers.

Jump now to 2021 (see what I did?), when, in an epically meta display of creativity, Buscemi, seemingly trying to relate to the young kids trick-or-treating by dressing as the meme they most likely know him from.